During the research-project „into the earth“ by tanzbüro a text, a soundpiece and a video were produced. The video is to be screened on loop during an exhibition. Info: https://blog.tanzbuero.net/

The installation’s title OUT IN THE CLOSET refers to the English phrase „Coming out of the closet“ – to publicly reveal a secret – and „Beeing in the closet“ – to hide something. The overlap of both phrases in the title hints at the border between “inside” and “outside” beeing questioned and performatively removed: Behind the cabinet doors of the installation, which symbolize the general separation of public and private, a world of its own opens up (light and sound sculpture, breaking the confines of the closet space. At the same time, sound and light penetrate the room through the opened cabinet doors, thus allowing the cabinet space and the surroundings to merge. OUT IN THE CLOSET thus becomes a direction describing the interactivity of the installation. 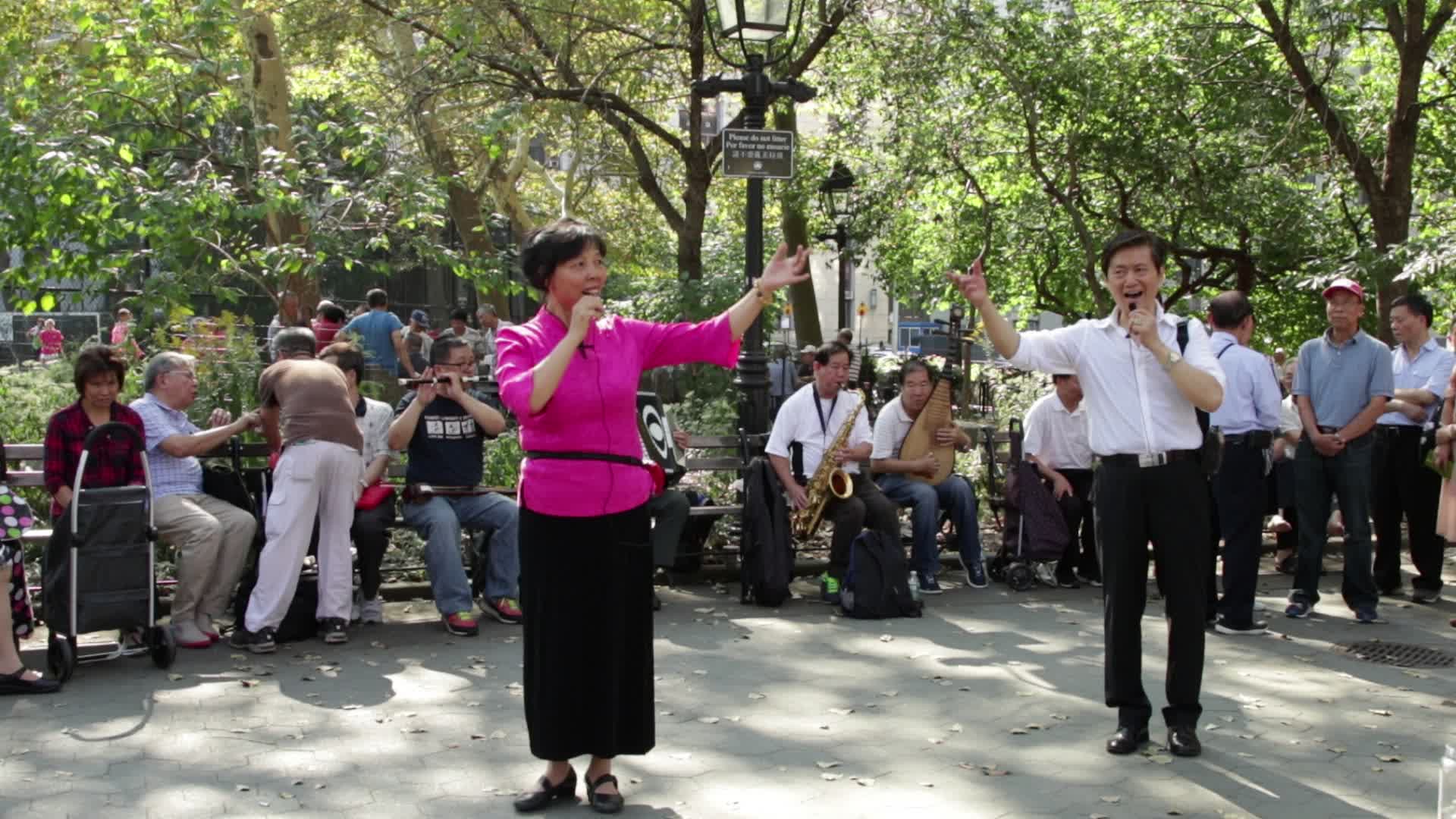 Columbus Park is a popular meeting point in Chinatown/ Manhattan. On weekends impromptu concerts take place throughout the day, played by amateur musicians on traditional Chinese instruments, accompanied by singers. It’s extraordinary though that, despite the small park area in which the performances take place, the concerts are not played in succession but all at the same time.

The performative video-installation SYNCHROMATIC PARALLEL interprets the sound cloud, produced by these various musicians performing simultaneously as the actual concert, which such is presented as an audio and video installation in the exhibition space.

The installation shows a video (…) presenting an eleven-minute ride through sky and clouds. In this work the interpretation of fleeting cloud formations is guided by the respective titles of the videos sequences which draw the perception of the picture into suggestive paths. In July 2016, the video was part of a display designed like a regular Peep Show (venue). Lisa Kortschak used it as an exhibition space in the Kunstverein A307 / Stuwerviertel. The video only could be viewed through a peep whole. While the Stuwerviertel was known for a long time as a pivotal point for street prostitution in Vienna, Kortschak’s work reflects on this aspect. Already in the run-up the installation had caused angry reactions of the house residents and has disappointed potential customers. (Malmoe, August 2016/ Translated by L.K.) 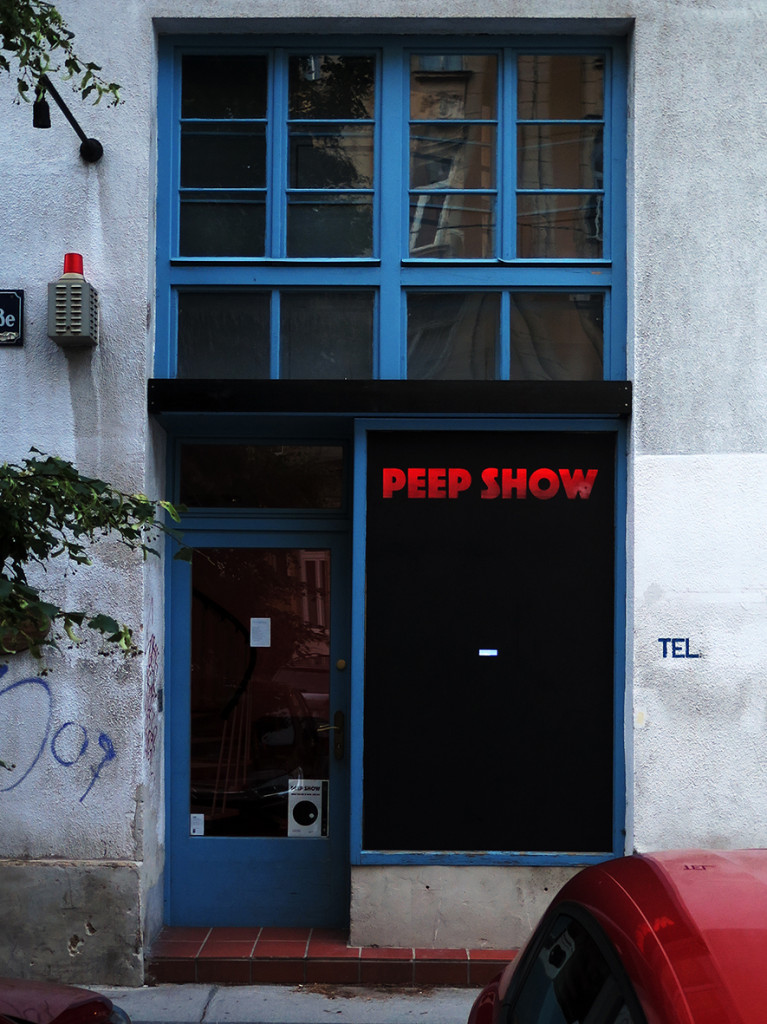 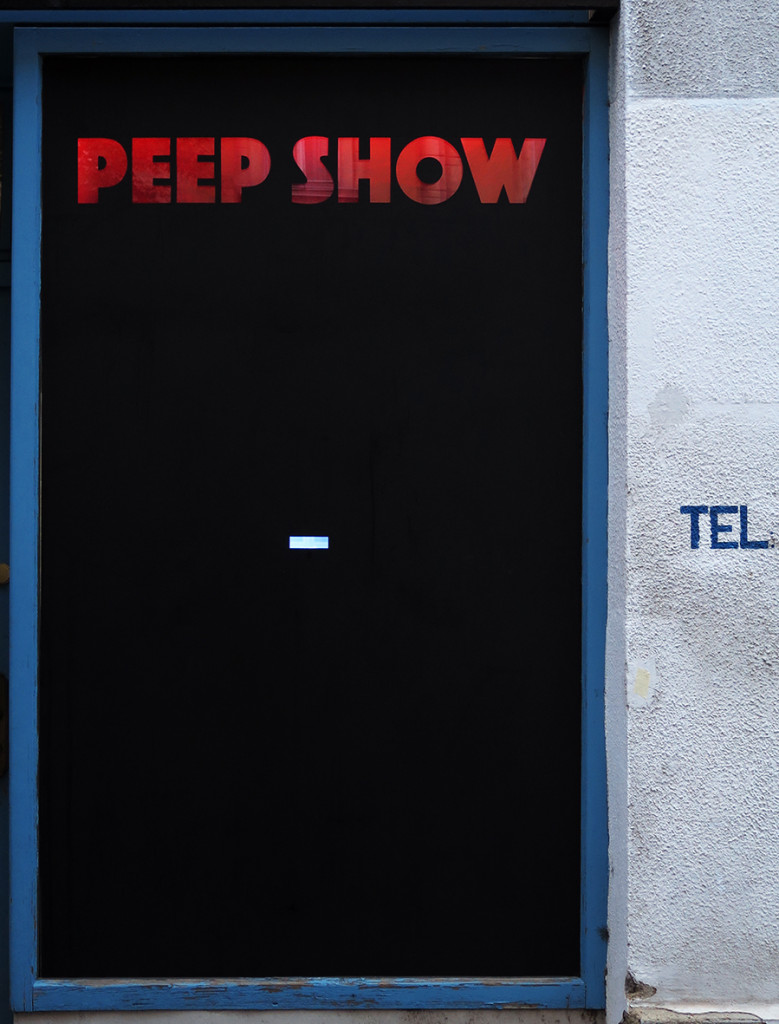 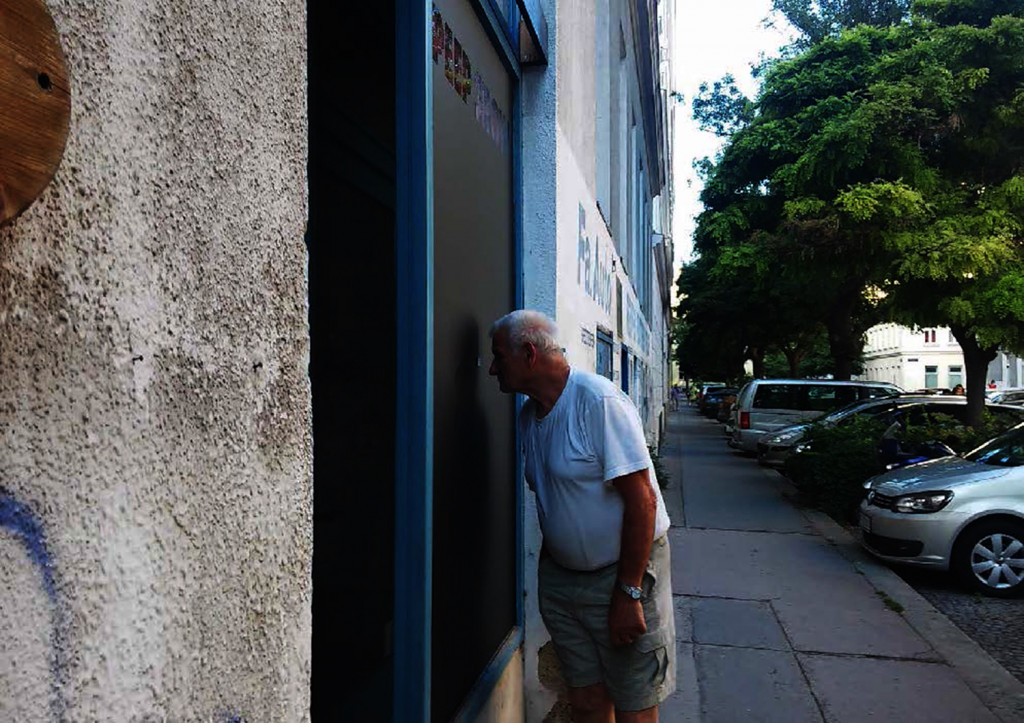 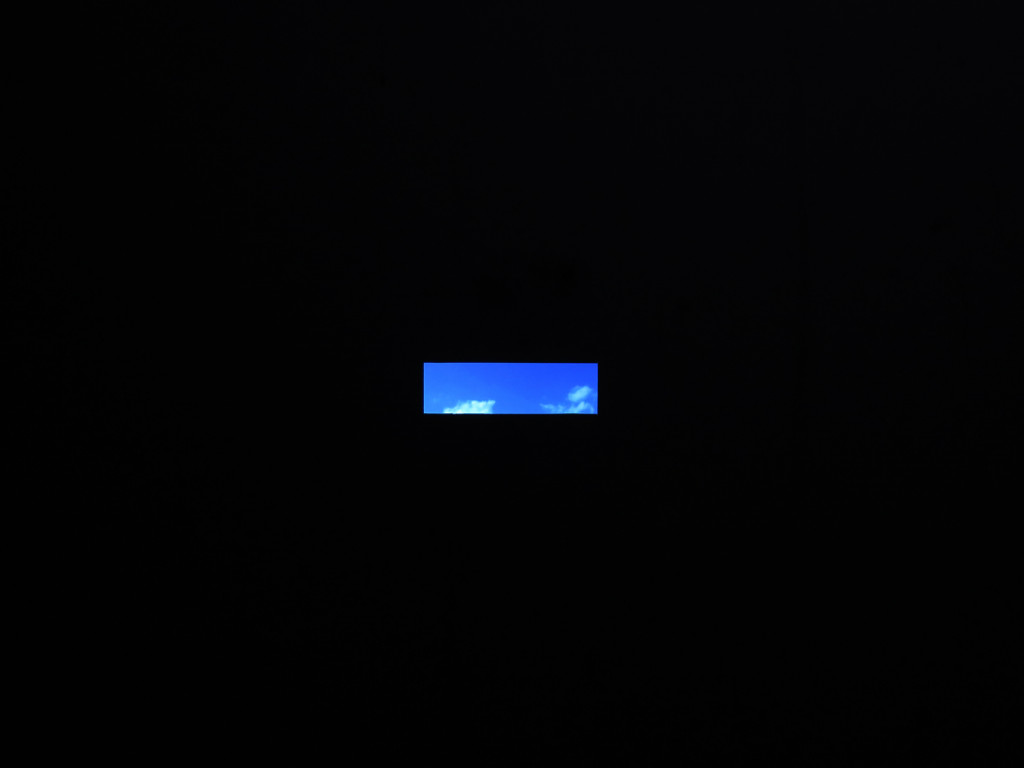 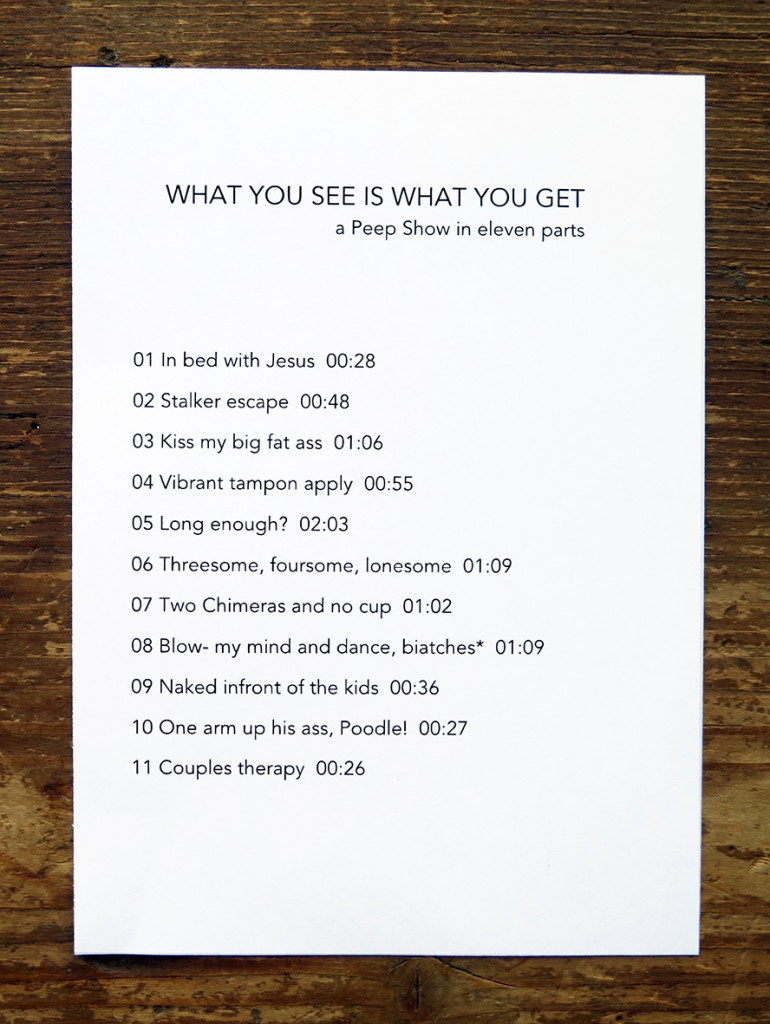 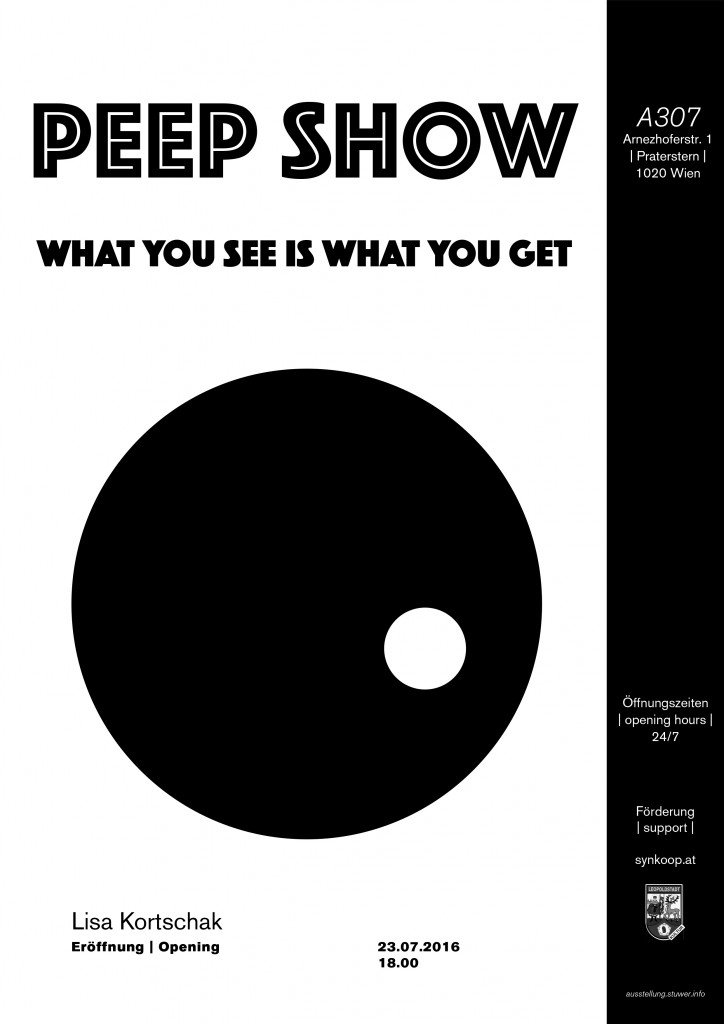